The Paradise Summer Youth Institute began this summer on June 26, 2017, and ran for approximately 5 weeks, ending on July 28, 2017. Headed by Mr. Andre Yancy – who has been working with young people for more than 25 years -- the primary goal was to initiate a pilot program that would bring together the Paradise staff, security team, and community to create a nurturing environment for teens as they discover, develop, and realize their full potential. The Paradise Summer Youth Institute served 21 young people this year; their ages ranged from 12 to 18, and there were 13 boys and 8 girls. “My goal is to increase access to opportunity for our young people,” said Mr. Yancy. The program outline of the PSYI certainly has the potential to do this. Each week of the program featured a different theme, a theme that would contribute significantly to the teens development as young adults. Week 1 of the program featured the Creative Clinic; week 2 featured Digital Pathways; week 3 featured We Are Society; week 4 featured Beyond High School, and week 5 featured Values in Action. Moreover, along with each week and theme, there was a stated goal and collection of supportive workshops. According to Mr. Yancy, for example, the goal of week 3 was to, “Emphasize the importance of teens being socially active in their schools, communities, and the city as a whole.” Consistent with this goal, the teens took part in a roundtable discussion that focused on improving the relationship between teens and the police. versa,” he said. Interestingly, week 2 of the program also included a basketball tournament, a 3 on 3 tournament dubbed, “Three The Hard Way.” For those of us old enough to remember, this plays on a popular 1974 movie that featured action stars Fred Williamson, Jim Brown, and Jim Kelly. The tournament included 10 participants, and from all accounts, the competition was healthy and intense. Banks praised the “untiring” leadership of Mr. Yancy and the support of counselors Katrice Campfield and Maiyah Rose for a successful experience. “We just need to keep this thing going,” said Banks. 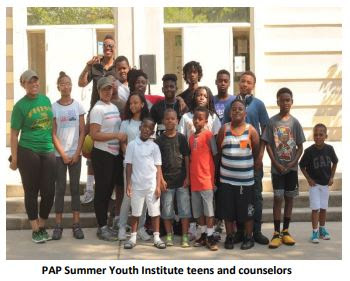 The discussion was facilitated by Mr. Eddie Banks, and it involved officers Dunkin, Barr, Lattimore, and Lee, all members of the Paradise at Parkside security team. Mr. Banks has a long history of working with residents, young people, and the police to foster a greater respect, understanding, and collaboration between the groups. “I’m confident this program can really grow,” said Mr. Banks. Mr. Banks was apparently impressed by the commitment displayed by all groups involved. “These guys were good. They involved themselves to the max,” said Banks, referring to the officers. “The young men had a whole different perspective on the police after the program,” he said. Although the discussion involved some role playing, it was “[n]ot just a fun and games kind of thing,” said Banks. “The young men started to identify with police concerns and vis 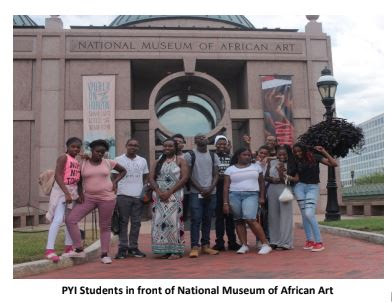